During my stay at U. Akron I became accustomed to making very detailed notes of the going-ons of individuals at this school (in my laboratory notebooks).  This necessity arose from “Kennedy’s” failed attempt to force me to falsify research data on Yb(OTf)3catalyzed aqueous polymerization of IB.  I even reference this habit of note taking in notebooks kept during my subsequent stint in the Collins lab as this practice disturbed numerous people in this research group (see P 87 & 130 Notebook 3). 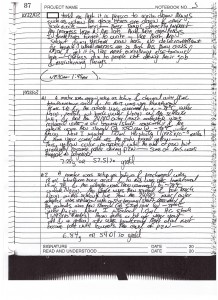 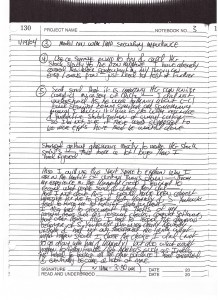 This habit resulted in a catalog of disturbing and in some cases illegal behavior by people who worked in this department (see below).  Out of kindness I have redacted names in many instances; however, let me state for the record that should circumstances warrant it I will do an entire data dump of these documents and more.

Back to where I last let off in the previous blog.  Several unusual things happened within days of making my invention.  First, Scott tried to make excuses for including “Kennedy” as a co-inventor when he made absolutely no contribution to my invention ( see PP 146-147 Notebook 2). 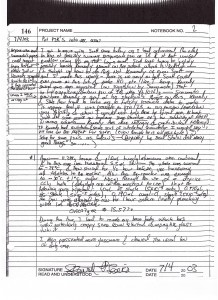 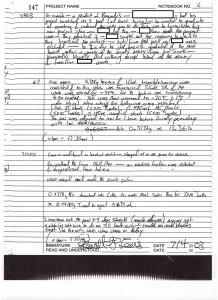 When that approach didn’t work I was informed by Collins that I might not be able to finish developing my invention and in fact might never be able to report it (see P 155 Notebook 2 and P 1 Notebook 3)!

There is little doubt in my mind that this might have been a contrived strategy to prevent me from receiving any credit for discovering this form of polymerization.  I met this potential impasse with greater furor than ever.  The work pace imposed on me became quite grueling as not only did I write a 300+ page dissertation but several articles resulted from the work and I did all of the reduction to practice in addition to other related experiments.  It was not uncommon to put in 70-80 hours/week.  As a result I had conducted over 200 polymerizations alone.

While conducting experimentation, I devised a generalized theory as to how my invention operated (PP 17-18 NB 3).

Through the tenants of my theory I invented a couple new types of surfactants (P 79 NB 3) and also proposed a new idea in order to rationalize the unusual effects that sterically hindered pyridines had on carbocations when paired with weakly coordinating anions (see my dissertation and subsequent papers published by this group following my departure).

During this period Scott had little to contribute in the way of helpful suggestions when it came to conducting polymerizations (see P 51 NB 3) and in fact one of his suggestions led to an accident that almost killed me (see P 59 NB 3). 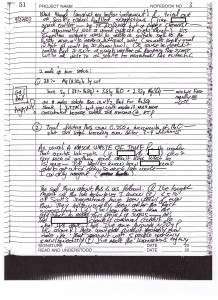 If the long hours weren’t bad enough things were ever more taxing due to the environment at U. Akron.  The Collins lab was structured on a socialist model which ultimately meant that state of the art equipment costing many tens of thousands of dollars was never fully operational for meaningful periods of time.  Illustrative of this is the fact is that one glove box had its atmosphere compromised no less than 30 times in less than two years (see P 26 NB 3). 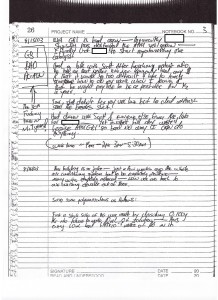 Another example is the Grubb’s still produced solvents of such low purity I was never able to use them for my work and due to the laziness of the students assigned to this setup no less than two solvent reservoirs had been allowed to run dry (see P 87 NB 3).

If one went to the trouble to clean glassware or purify reagents they had to be closely guarded as people would attempt to steal them in order to avoid working (see P 110 NB 3).  Any common use item could be expected to be filthy and most likely in disrepair (see P 126 NB 3). 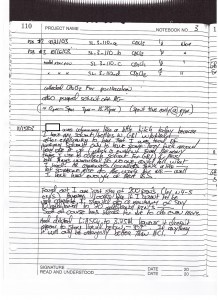 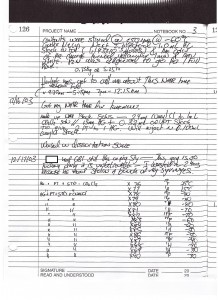 Sexual promiscuity and related questionable interactions with students was not uncommon (see P 15 NB 3) and in some instances I saw faculty arrive to the school drunk with empty beer cans spilling from their car as they headed toward the polymer department.* 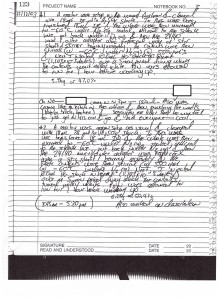 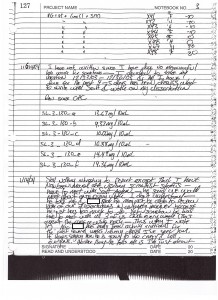 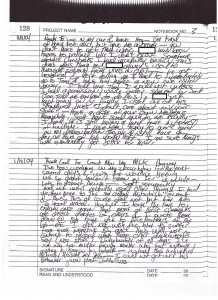 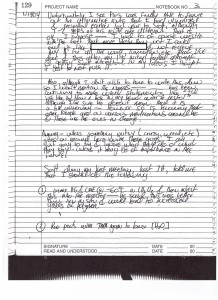 Sadly enough I couldn’t even venture far from the lab without getting the brunt of the dismay and disrespect that faculty and staff held towards Collins (P 98 NB3, P 128 NB 3, P 131 NB3).  I never fully understood what the underlining causes of this hatred were but it was difficult to deal with and moreover students in the lab issued similar complaints to me.  All of this wasn’t made any better by the fact that my notes on the odd behavior of people at this school were discovered by Collins; however, on review I can vouch for the authenticity of every one of them. 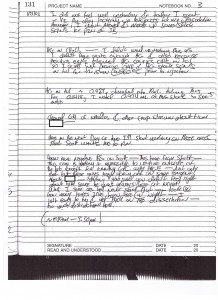 During my entire period at U. Akron I was never kept abreast of anything related to patents stemming from my inventions.  I was shutout of the entire process.  As I was approaching graduation it became apparent that I had no ability to prevent “Kennedy” from worming his way onto the patent covering my invention.  This was most apparent when I approached Dr. Newkome about this and told him all of the details behind my firing by “Kennedy”, my subsequent inventions in the Collins group, and the attempts by “Kennedy” to steal credit for my inventions.  Newkome’s advice was in some regards bittersweet.  He suggested that I could bar “Kennedy” from appearing as a coauthor on any of my publications; however, he informed me that trying to do the same on the patent application would be a futile exercise.  As such, Dr. “Kennedy’s” name is not listed as a coauthor on any publications that I was able to exercise control over (see J. Am. Chem. Soc., 2003, 125 (48), pp 14686–14687 and J. Am. Chem. Soc., 2005, 127 (1), pp 46–47).  It is for this reason that “Kennedy’s” name is not included as a co-author on any of the papers that were published during my stay at U. Akron and the only reason he is mentioned in the “acknowledgments” section is that Newkome suggested this as well, despite the fact that “Kennedy” made no contributions whatsoever.

Within about one year following my graduation Collins left U. Akron.  I’m guessing that the situation there became intolerable but I have no true insight as to what caused his departure.  Following graduation but prior to his departure I had resumed interacting with him as I wanted to publish additional papers on my findings relating to the decomposition of carbocations by sterically hindered pyridines.  A poorly constructed article on my part stimulated additional research by Collins and I contributed a sizable amount of the key reagent required to conduct this work.  But again, “Kennedy” latched onto my work.  Since I was not conducting these follow-up experiments I had no control over the author list and as a result “Kennedy’s” name appears on one of them.  Not long after that episode I realized that people at U. Akron would continue to leach off of me if the opportunity presented itself and thus I formally parted ways with Collins.  Although the reason is unknown to me, Collins finally admitted to a number of key “officials” at U. Akron that indeed I was the sole inventor for the aqueous polymerization systems for IB (see email below).  Unfortunately, none of these people took the proper actions needed to fix this injustice and credit for my invention is still improperly shared with others.  As will be shown in subsequent blog postings, despite repeated attempts on my part U. Akron employees and the law firm involved in handling this patent refused to effect the proper corrections to the names listed as inventors on this patent.  Moreover, at no time did U. Akron ever investigate “Kennedy” or take any sort of corrective action against him. 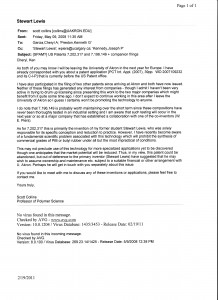 * In one instance, myself and another student witnessed a faculty member leave the main office of the polymer science department through the front door while within seconds later his student adulteress left through the backdoor around 8-9pm one night.

** I have to note that another individual from this school later became so troublesome that I had to inform them that should I deem them to be a threat to my physical well-being I will not hesitate to use deadly-force against them.  The unwanted harassment in addition to the fact that I know this person has been on psychotropic medications at times (and since all recent mass shooters have a history of being on these drugs) were of serious concern to me.