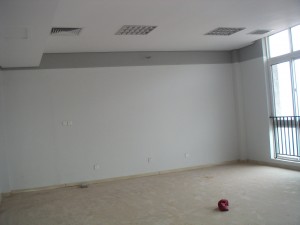 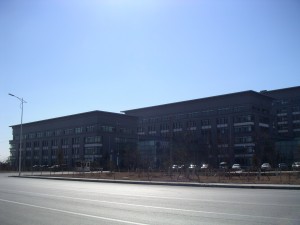 A while back when I was foolishly* dating a Chinese woman I had the opportunity to chauffer around a Mr. Ba, who to my understanding is a high ranking official for Wanda real estate (possibly the president of their real estate in Dongying).  I had earlier met this individual in Dongying and from various discussions with a one time friend was told that he was a multimillionaire who operated a real estate business in China.  As many of you know (or should know) one of the basic tenants of communism as prescribed by Marx is the outlawing of private property ownership (likewise a tenant in UN agenda 21).  Thus, in actuality all properties are more or less leased in the vassal slave state.  I also believe that is why everything is so dirty and people don’t bother to maintain the property they live on over there.

As I further my digression it just so happens that I had the opportunity to walk past one of the gem communities built by Ba**.  It was a gated community where houses were isolated by a canal system (prevalent in Dongying) with entry through a large bridge that was supposed to look like a medieval entrance to a castle (this will ultimately lead to more digression of my part).***  In any event, I was told that houses in this division sold for 1 million or more US dollars.  Thinking back to the high quality workmanship of Chinese builders (yes this is sarcasm)*** and the overall filthiness of the surroundings I thought to myself who in their right mind would spend so much money to live there?  My one time friend, also a supposed friend of Mr. Ba told me that Ba was an idiot for designing the community in such an arrangement.  It was retarded not only due to the stink that the canal no doubt would bring but as I realized immediately one way in, one way out is a death trap.  Of course this leads to yet another digression in that the building (top most picture) my one time friend supposedly owned in Dongying was multi-floored with a single staircase, no elevator, and no alternative escape routes in case of fire (let alone no sprinkler system).  But I guess that is no surprise seeing that the hotel I stayed in had no fourth floor due to superstition of the number (2nd picture top).

So anyway, Mr. Ba accompanied my ex-girlfriend’s mother (who hated me since I am a white man) and I got to spend a great deal of quality time with the two of them.  Ba (being the smart individual he is) tried to set up the usual animosity**** between me and my one time friend; however, unbeknownst to Mr. Ba I knew of it right away and my ex-girlfriend and I pretended to have potential interest in his plans (which were to circumvent my one time friend on business related matters).  It was during one of these discussions that Ba asked me how do people succeed here in the US?  Although I didn’t say this at the time (due to the long translation it would require {even though he knew a lot of English and pretended to be ignorant}) I wanted to comment that in today’s world things in the US are primarily done by who you know and not what you know.  Furthermore, the problem is that true free-market capitalism that once made this country great no longer existed and that was one of the main reasons why the country was going to hell in a hand basket.  Instead I told Ba that things were accomplished by making a product or having a service that was superior to others and therefore in demand and that through hard work you could advance yourself.  Of course his response was more or less laughter which I would expect from a communist elitist where people advance through connections and not by talent (with the fascist form of capitalism here in the US not lagging far behind).

What caught my eye recently was the fact that the Chinese (either to influence US media and propagandize how wonderful their country is or to simply dump worthless dollars) bought the movie chain AMC.  The buyer?  Wanda Group, the same company Ba was tied into.  When I told this to a friend of mine he like many others didn’t see the inherent danger that such things bring.  More so ever, he like many ignorant Americans do not realize the true hatred many of these people possess against the US and how a large number are chomping at the bit to overtake and destroy the country (I know this first hand).  Still, another digression is required.  During his stay I noticed who Ba was and what he was about.  He is a soulless individual like so many others from his country (mainly the well to do ones)***** where his primary driver was money.  This man had no real life and is symptomatic of the plaque infecting society as a whole; that is, greed…

* Mordeth 13 had warned me about dating Chinese, especially those from the mainland; however, I stupidly did not heed his warning.

** Well, not built by him specifically as my guess is he never did a single day of physical labor in his life.

*** My ex-girlfriend’s parents were supposedly traditional Chinese.  The thing that always blows my mind (despite their overt racism to all ethnic groups except mainland Chinese) is the fact that China really has no culture of its own.  What I mean by that is the Chinese have adopted so many facets of western culture it is unreal.  For example, clothing, jewelry, perfume, foodstuffs, automobiles you name it not one is derived from Chinese culture.  So, it didn’t surprise me that the architecture for the bridge was stolen from western culture as well.  Another comment I have to add here is that in some cities(e.g. Wuhan) buildings are quite nice and fit and form is good.  One of the main problems with Chinese builders is lack of attention to detail.  Large gaps in windows, doors, molding and so forth are not uncommon.

**** Chinese are some of the most manipulative, and evil people I have seen (I thought Americans were bad).  A common game among Chinese is called Three Kingdom Killers Game where players more or less try to build an empire through various nefarious methods.  This gives you an idea of the mentality of these people.  Unfortunately for my one time friend, Ba and his other cohorts in Dongying did not hold my one time friend in high regard.  One thing that they found interesting was his proclivity for cheating on his spouse during his numerous trips to China.  But knowledge of his weaknesses were used to manipulate him to their advantage (such great players of Three Kingdoms Killers Game).

***** I have to say that from my experience the lowest working class people of China are the most human like and least greedy that I have known anywhere (see picture below).  Many of these people are caught in the system as pawns and serfs and it is a sad situation to see first hand… 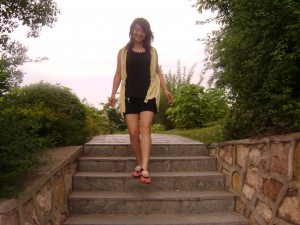